The mixed media work on paper shown in this exhibition was originally conceived in Fall 2014 as a 100 page visual diary through which I examined my personal response to the diagnosis of a seizure disorder. Using imagery and elements from my scholarly research on seizures and art, ranging from the writings of Lewis Carroll, Marcel Duchamp, Viktor Shklovsky, V.S. Ramachandran, numerous neuroscientists/researchers as well as those living with seizure disorders, particularly females, throughout history, I responded to the information I collected in the way that I know best -through painting and drawing. As part of my research I was also beginning to explore ways in which the identity of the object -the painting or drawing- might be perceived differently by the viewer in contexts outside of a traditional, object hung on the wall display. This led me to creating a variety of offshoot works incorporating the pages of the visual diary. One of these involved an installation, titled Wanderland , of the pages in a dark, narrow hallway much like the rabbit hole Alice falls through when chasing the white rabbit into Wonderland; the description that story has often been described as having origins in Lewis Carroll’s experience with temporal lobe seizures. Another offshoot work, titled Look-In Glass , involved a video slide show of the diary titled Pages [viewable on YouTube: Robyn Thomas Pages] projected inside a mirrored box whose exterior face was a two-way looking glass. The experience of looking into mirror and seeing one’s reflection on the surface simultaneously to the same reflection inside the box was akin to stepping through the looking glass like Alice in Carroll’s follow up adventure; in my sculpture the viewer’s face became embedded into the fragmented, folding, and floating Pages, the experience of the seizure and the confusing after-effects upon one’s own understanding of self contained in the box. Unable to completely re-create either of these offshoot works for this exhibition I chose instead to create another offshoot titled On Display . This work once more contains the 100 pages as its core. Using materials and conceptual elements of previous offshoots I have created a window display as a means of recalling the former function, department store identity, of the Shepard Building now housing the University of Rhode Island, Providence Campus. The visual diary is suspended by red threads from black tulle attached to the ceiling of a window space lined with silver foil. The work can be viewed from both the street and hallway, inside and outside the academic institution. Unlike the hallway installation or the mirrored box which engaged the viewer in a more individual and intimate manner, in this offshoot the viewer is kept at a physical distance as an observer of the works On Display. 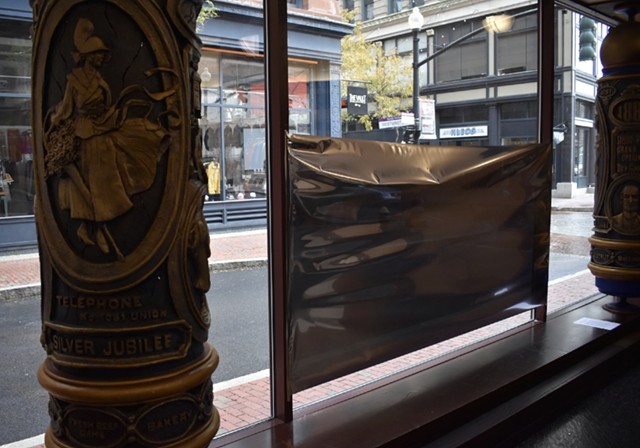 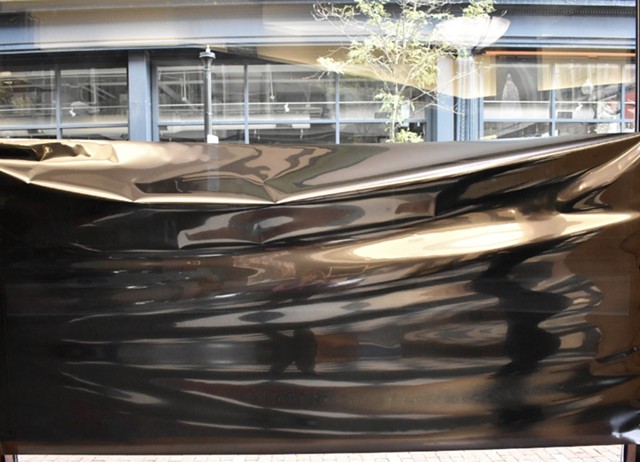 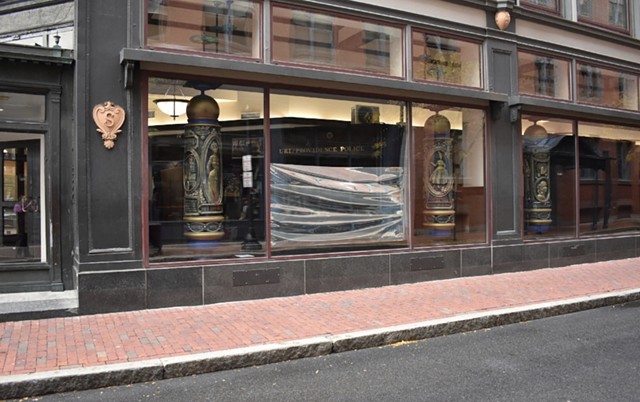 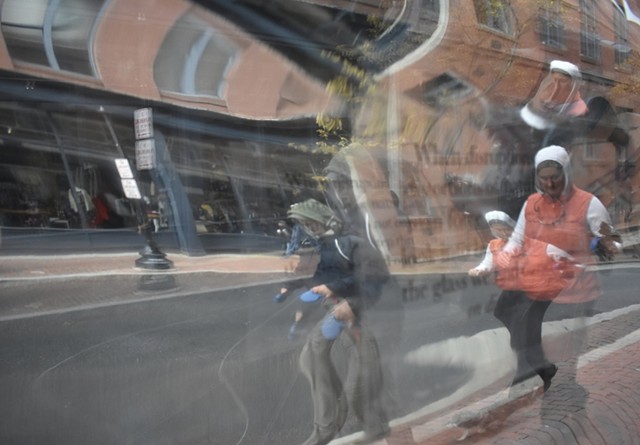 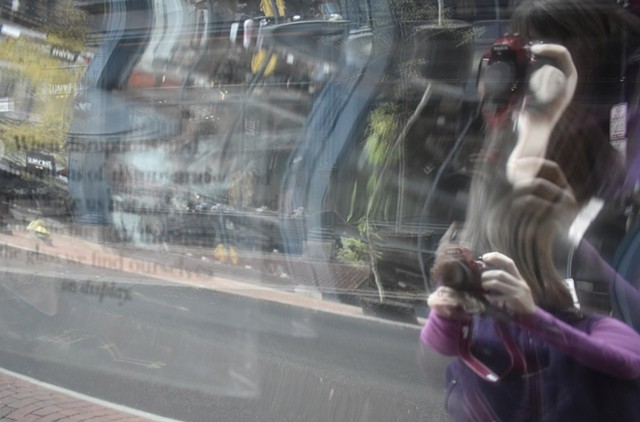 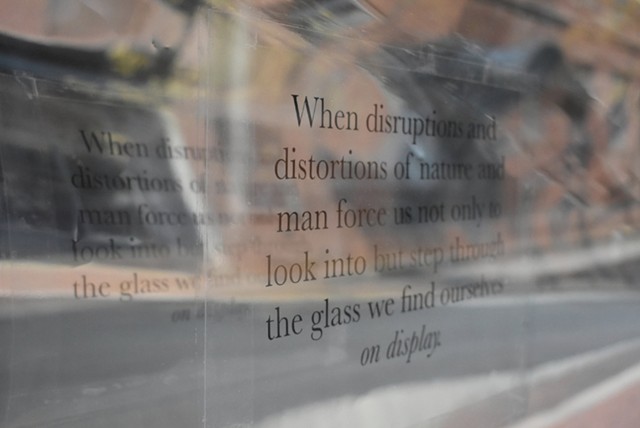 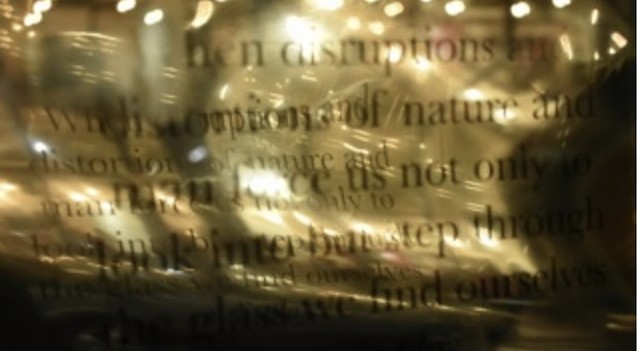